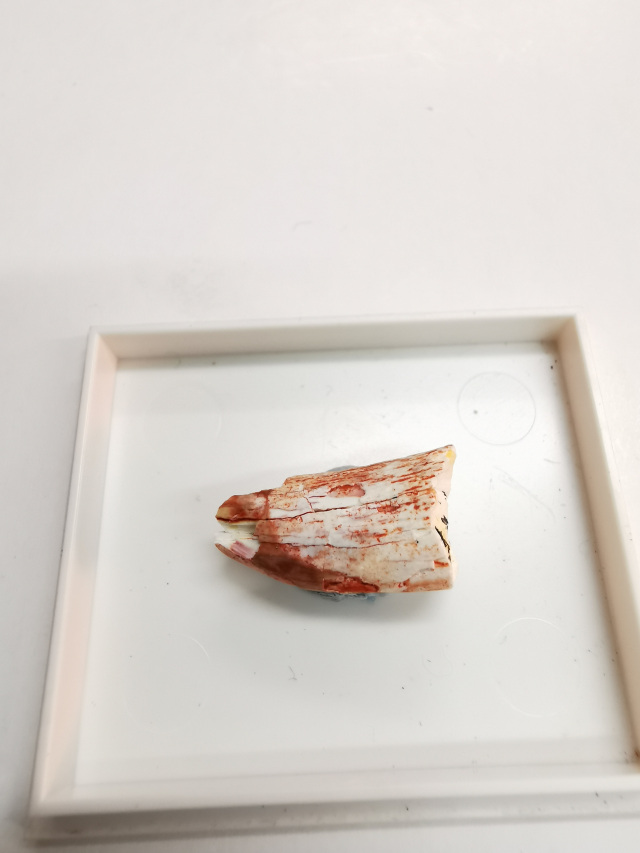 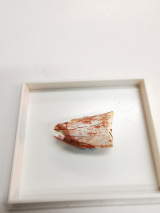 this tooth is boxed in a box 4x3.5cm. This toot has some general damage as well as damage to the tip, it is an unusual colour for a spino tooth and is a collectable at just £5. it was found in the kem kem beds in morocco and is from the upper Cretaceous period 100-66 million years ago.