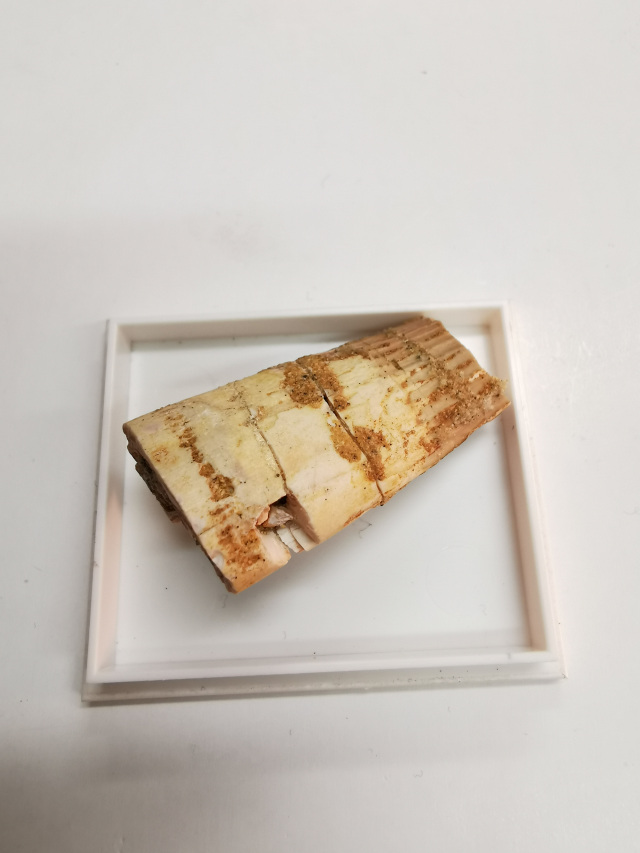 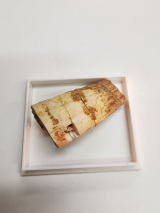 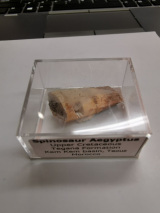 this tooth is boxed in a box 4x3.5cm. A large tooth with the tip missing, it appears t have been repaired in the middle as seen in the photos-there is also a chunk missing out the side of the tooth allowing a rare view inside a spinosaurus tooth.. it was found in the kem kem beds in morocco and is from the upper Cretaceous period 100-66 million years ago.