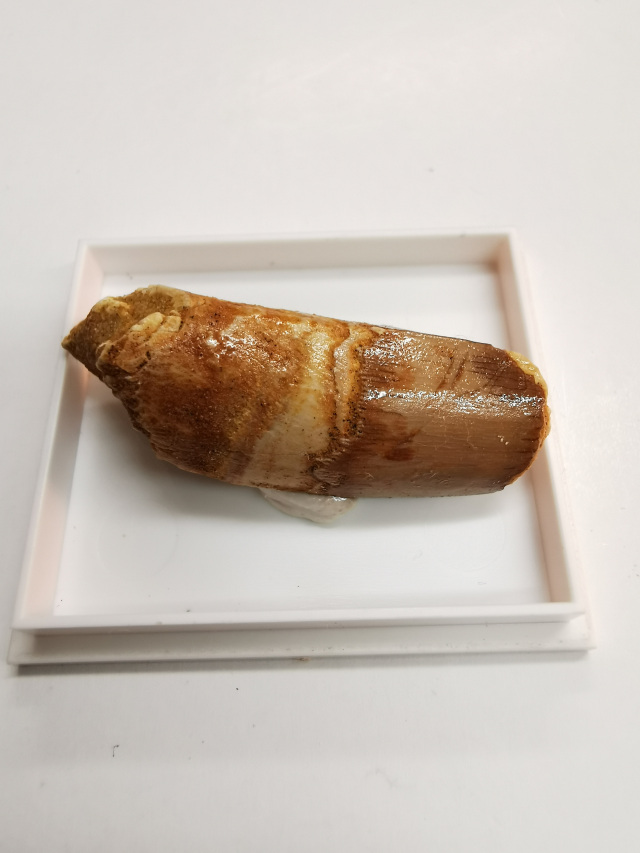 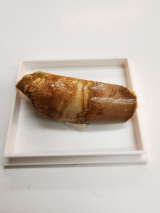 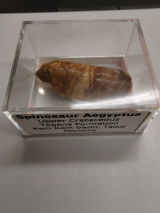 this tooth is boxed in a box 4x3.5cm. it appears to have been worn heavily at the tip and then damaged slightly at the tip and underside of the tooth, the bottom f the tooth also shows signs of damage on the underside. overall this is a very large tooth for the price. it was found in the kem kem beds in morocco and is from the upper Cretaceous period 100-66 million years ago.